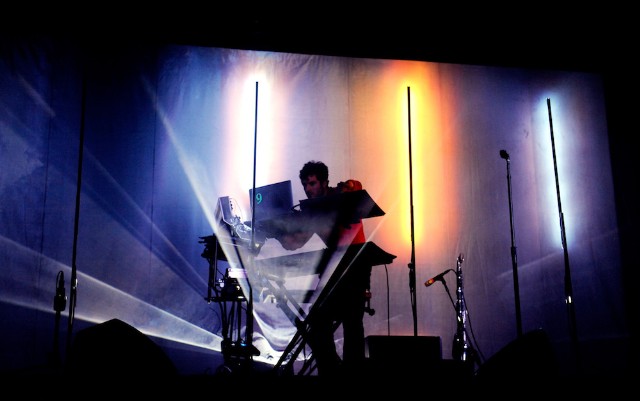 Nicolas Jaar’s latest official release was 2016’s Sirens, an ambitious and often song-oriented album that incorporated elements of avant-garde classical music and Suicide-style synth-punk. But the producer and composer has an omnivorous musical appetite, and recently dropped a new collection called 2012-2017, filled with dancier tracks that will feel pleasantly familiar to fans of his early releases on the Wolf + Lamb label. As Pitchfork notes, the album came with almost zero fanfare last week, released under Jaar’s alias A.A.L. (Against All Logic), on his own Other People label.

True to its name, 2012-2017 seems to be a compilation of sorts. Many of its tracks were previously released in continuously mixed form on an A.A.L. mix from 2016, though a handful appear to be brand new. On initial listen, the record feels conceptually similar to Dan Snaith’s 2017 album Joli Mai under his Daphni moniker, in that both are collections of relatively straightforward house- and techno-indebted music that was previously only available in mixes, from artists whose main gigs aren’t always so loyal to the dancefloor. The low-key nature of 2012-2017’s February 17 release seems to have been intentional: Jaar’s name appears nowhere on the cover art, and its entry on Other People’s online store contains no written description of the music inside.

“I see things like Against All Logic as a continuation of that,” Jaar said in a 2017 Crack interview, referencing his Wolf + Lamb singles. “I always find it funny when announcements say something is ‘the first Nicolas Jaar single in three years’, as I’ve put out work under many different names.”

The article appeared first in spin.com.